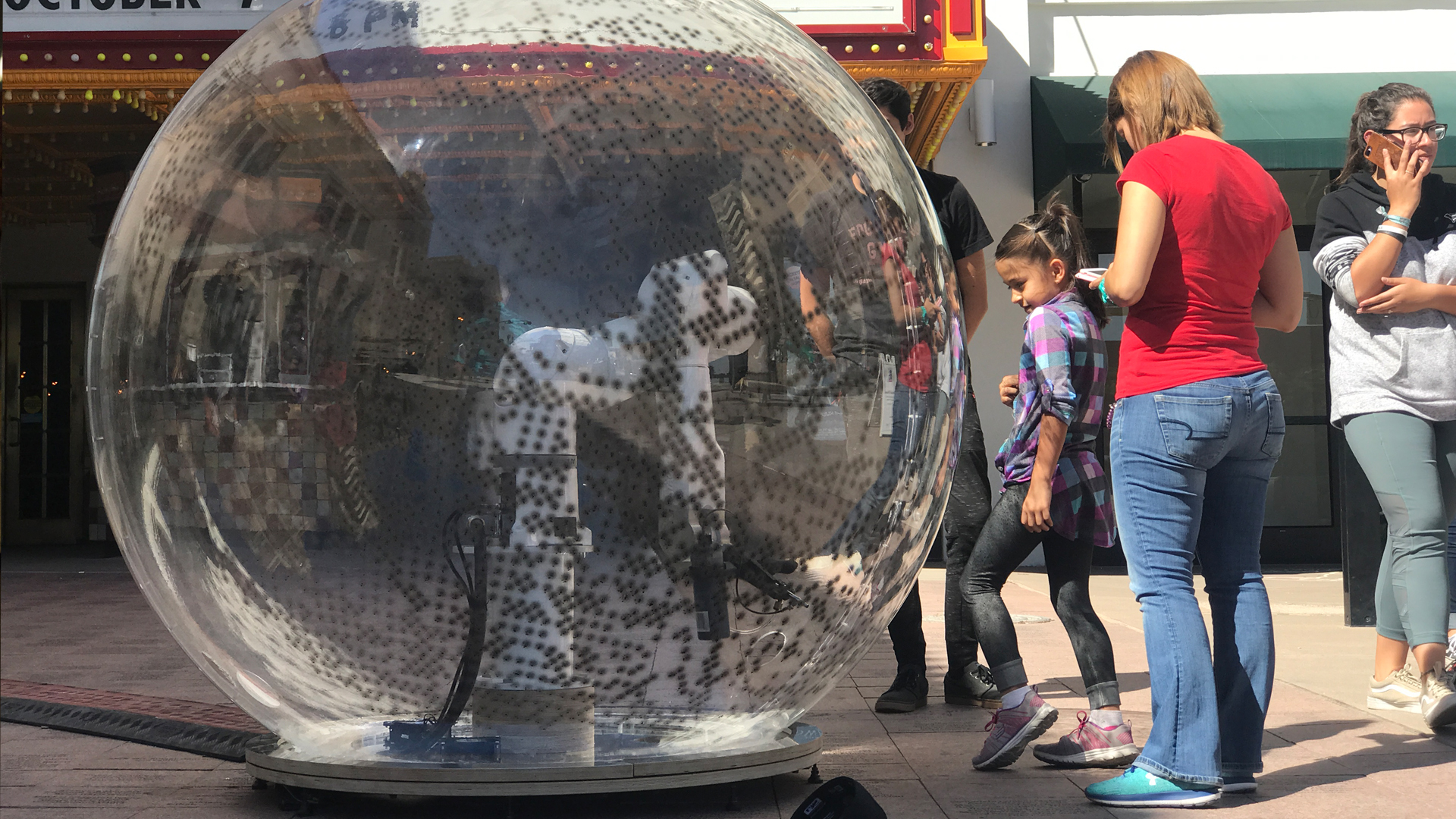 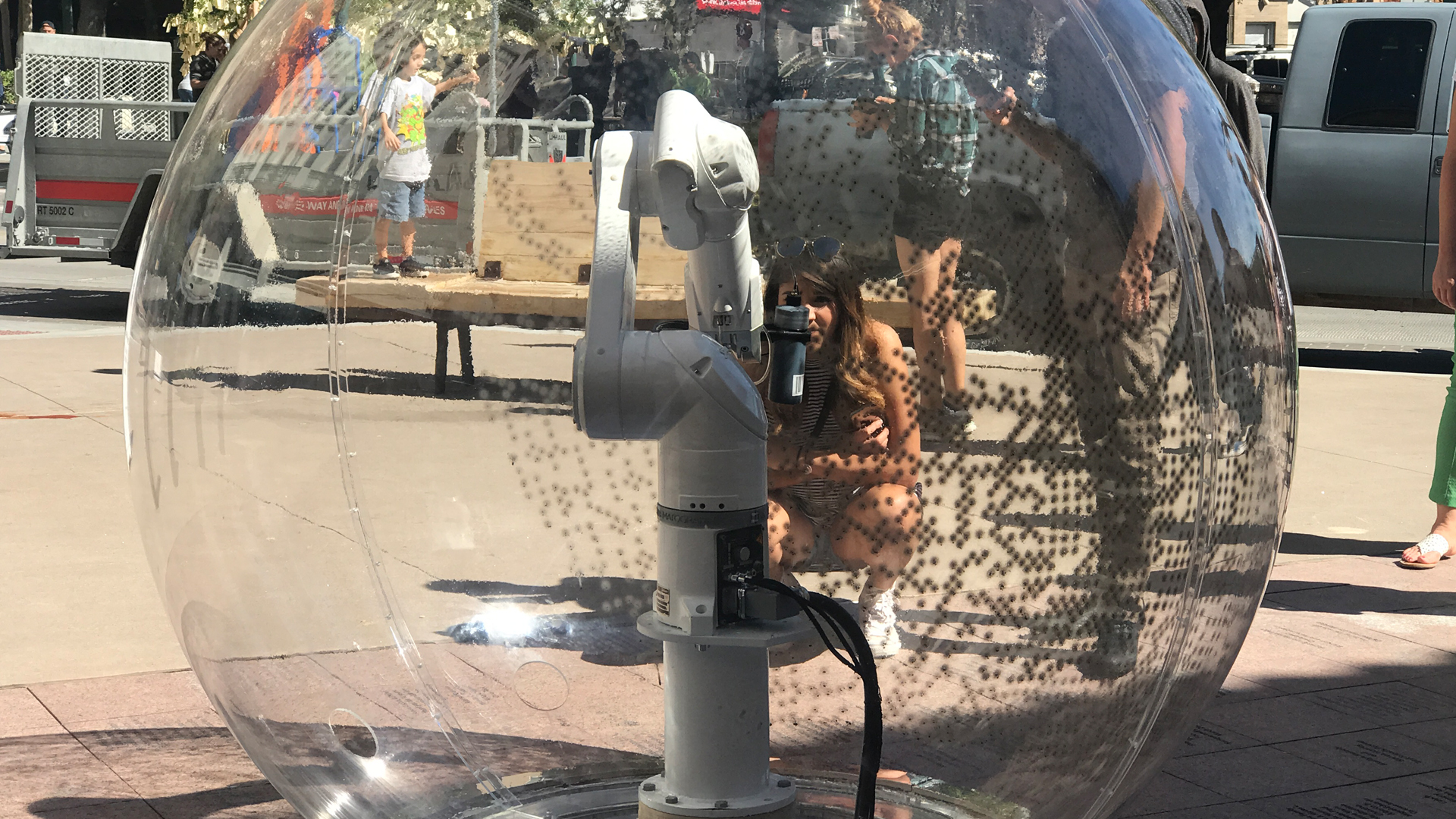 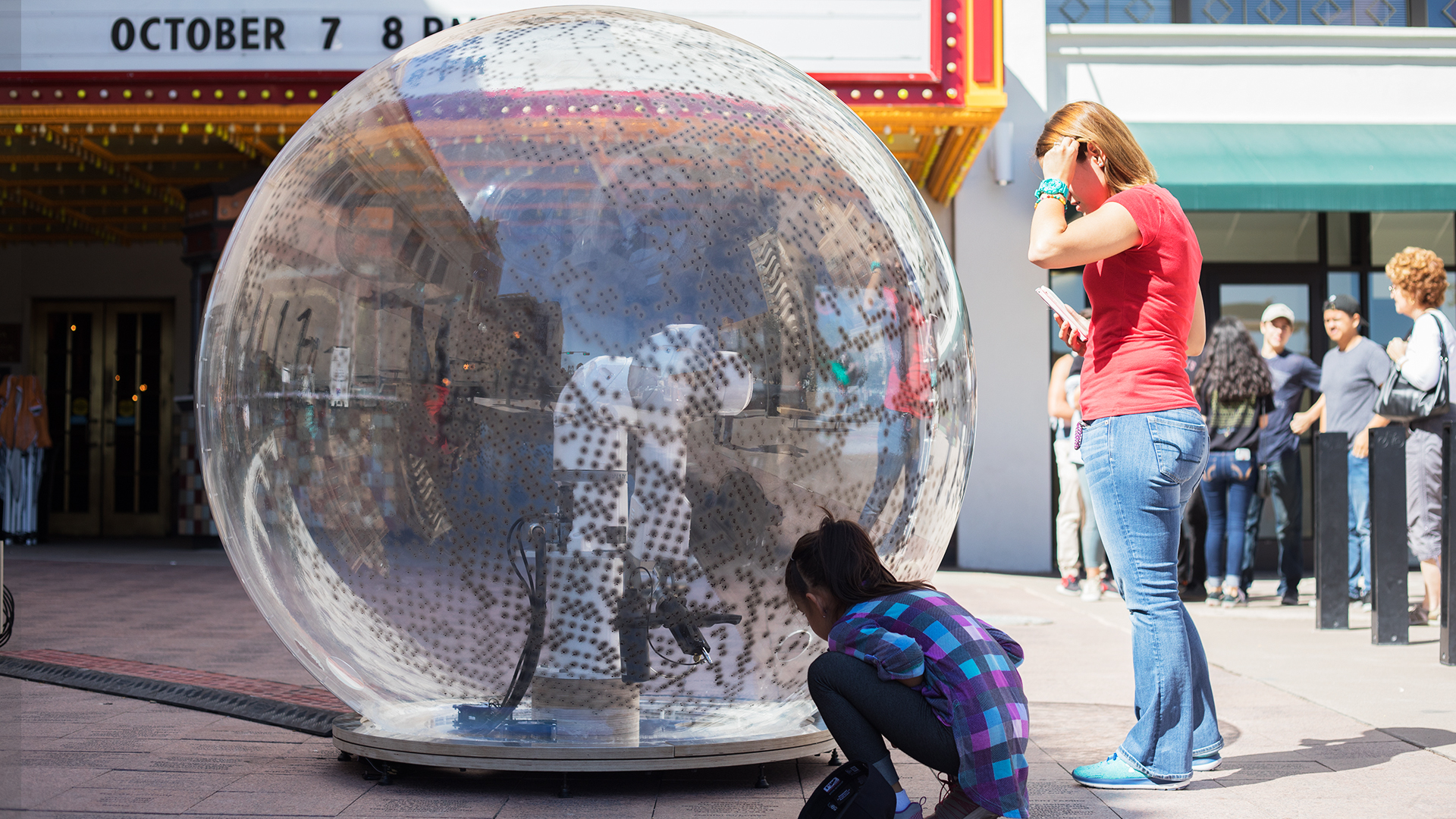 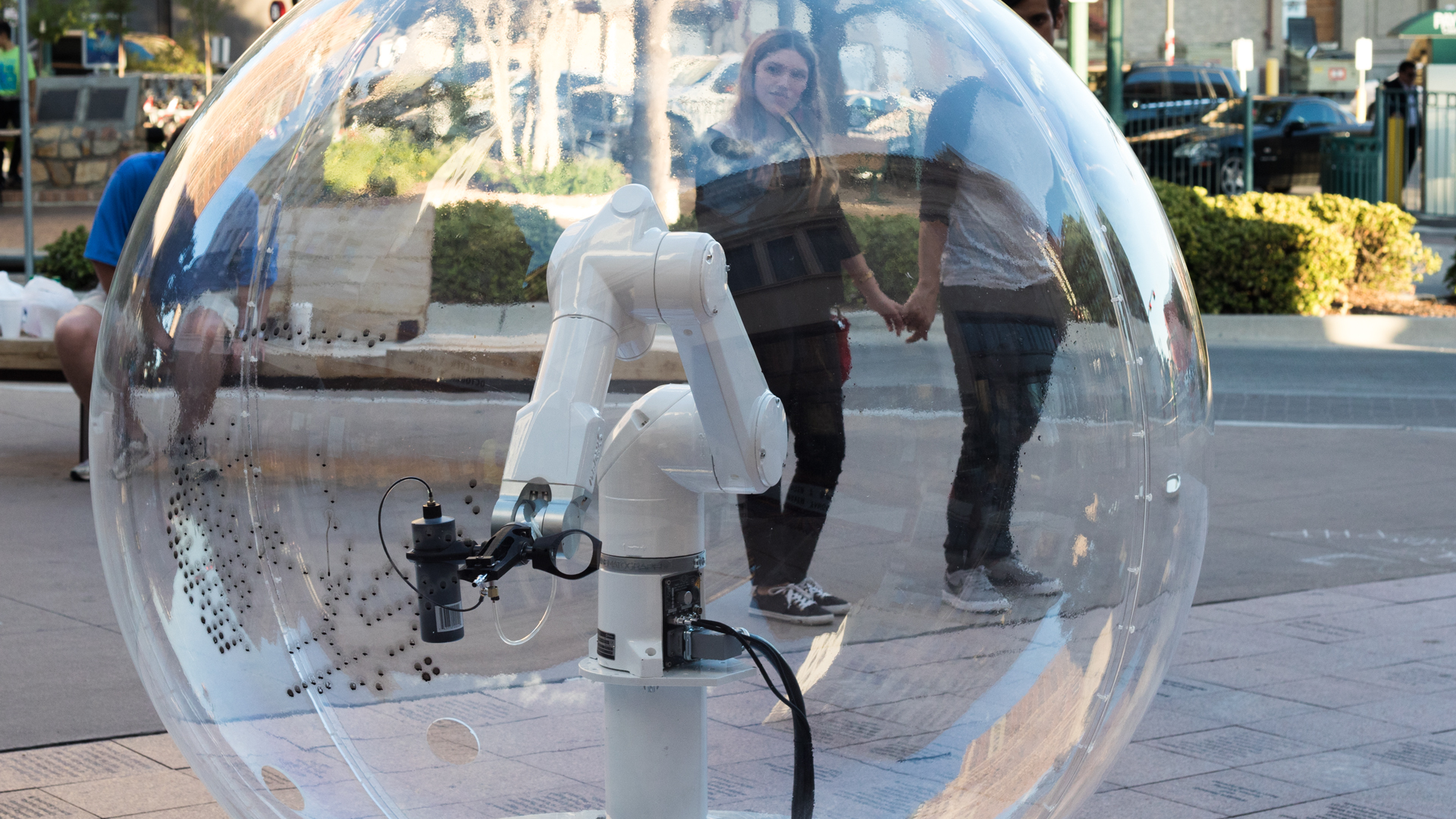 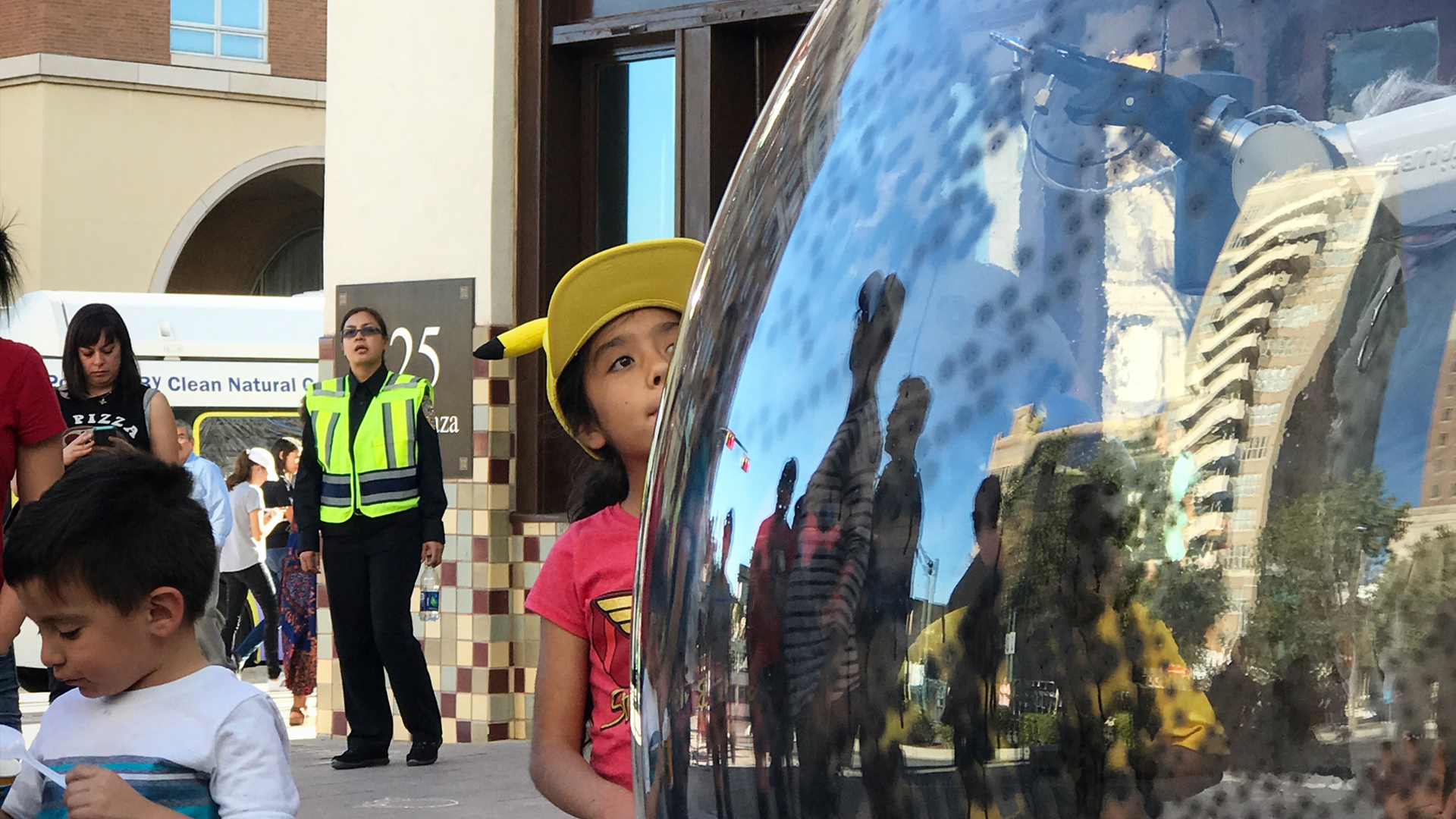 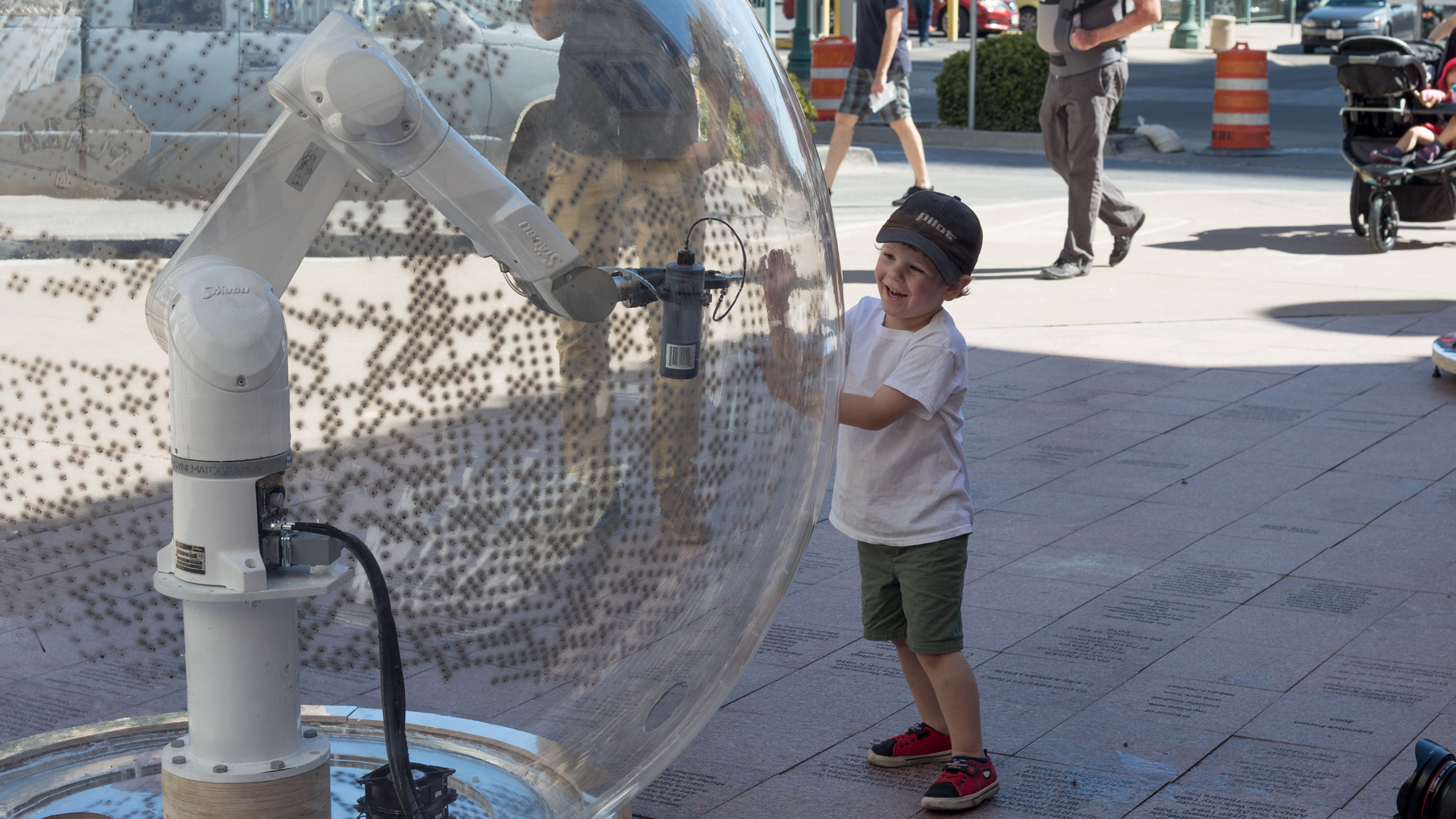 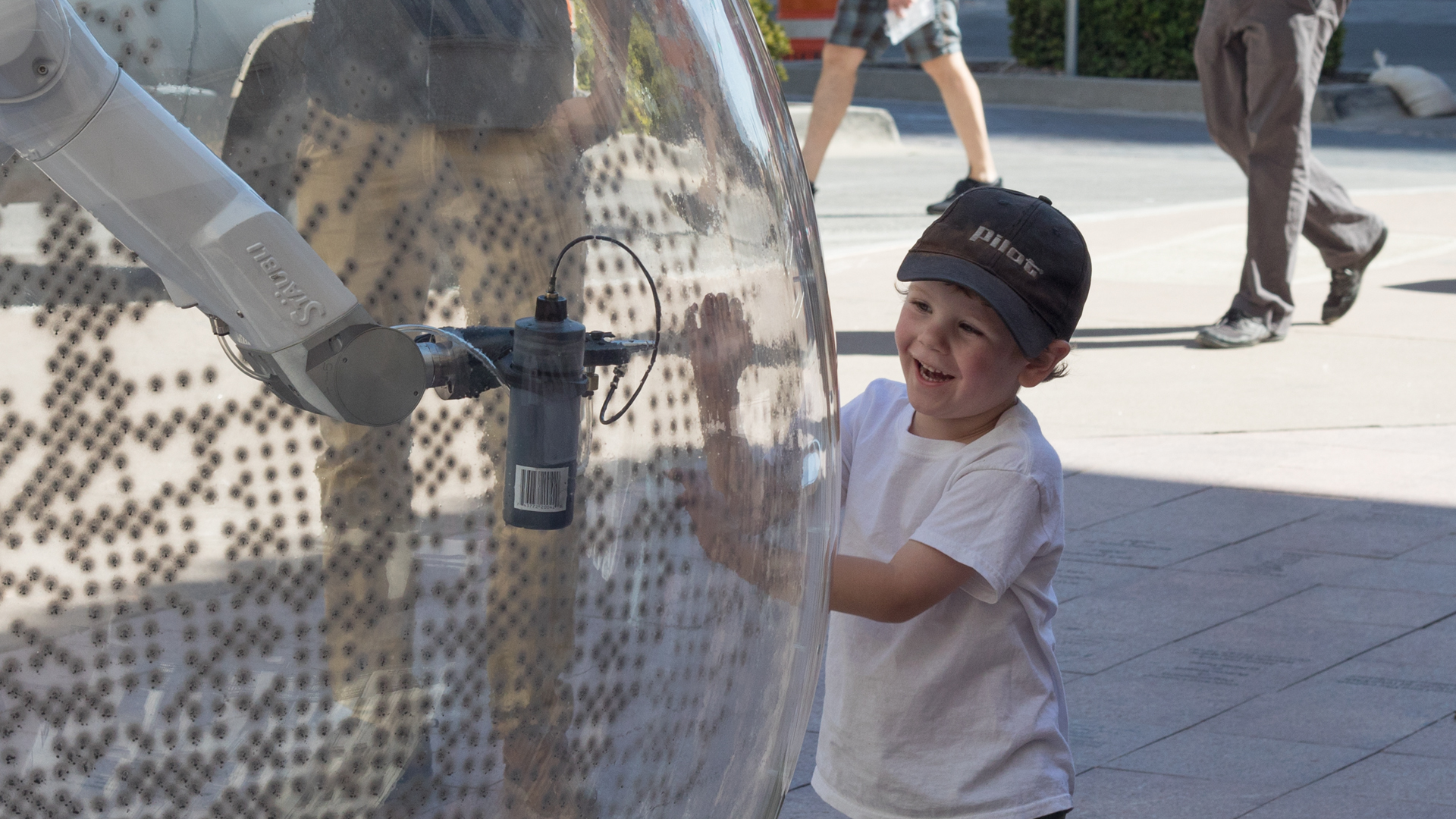 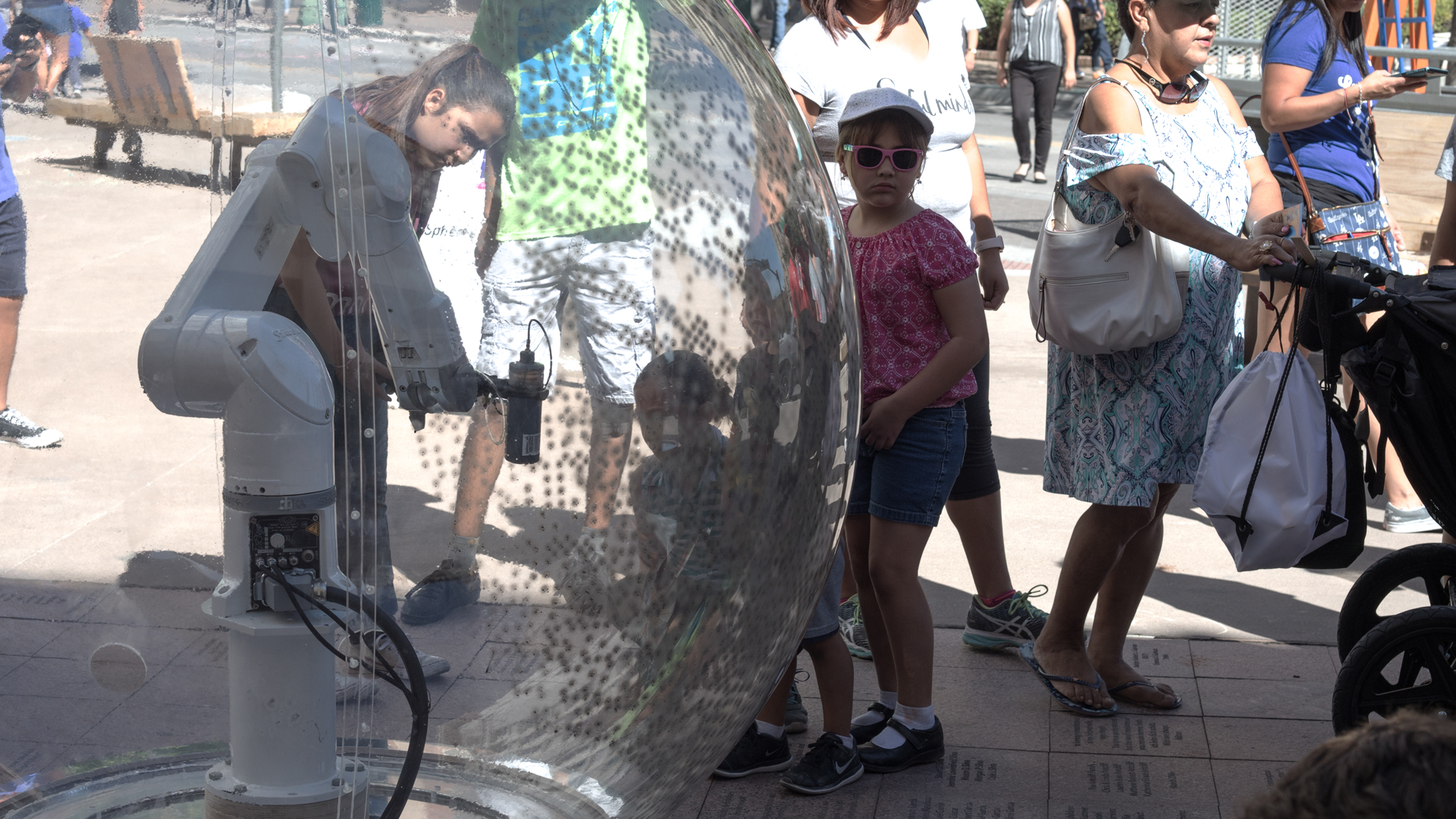 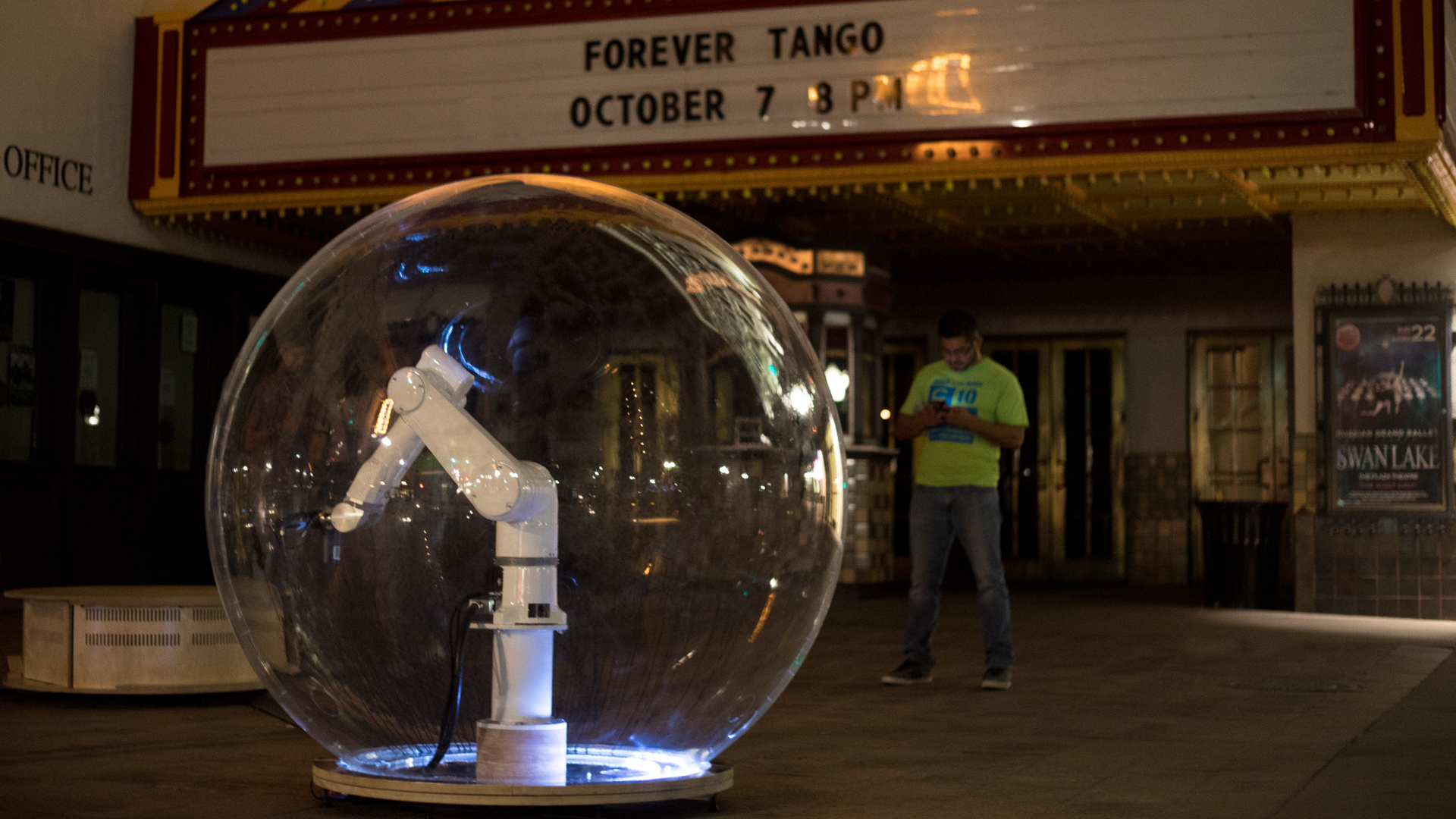 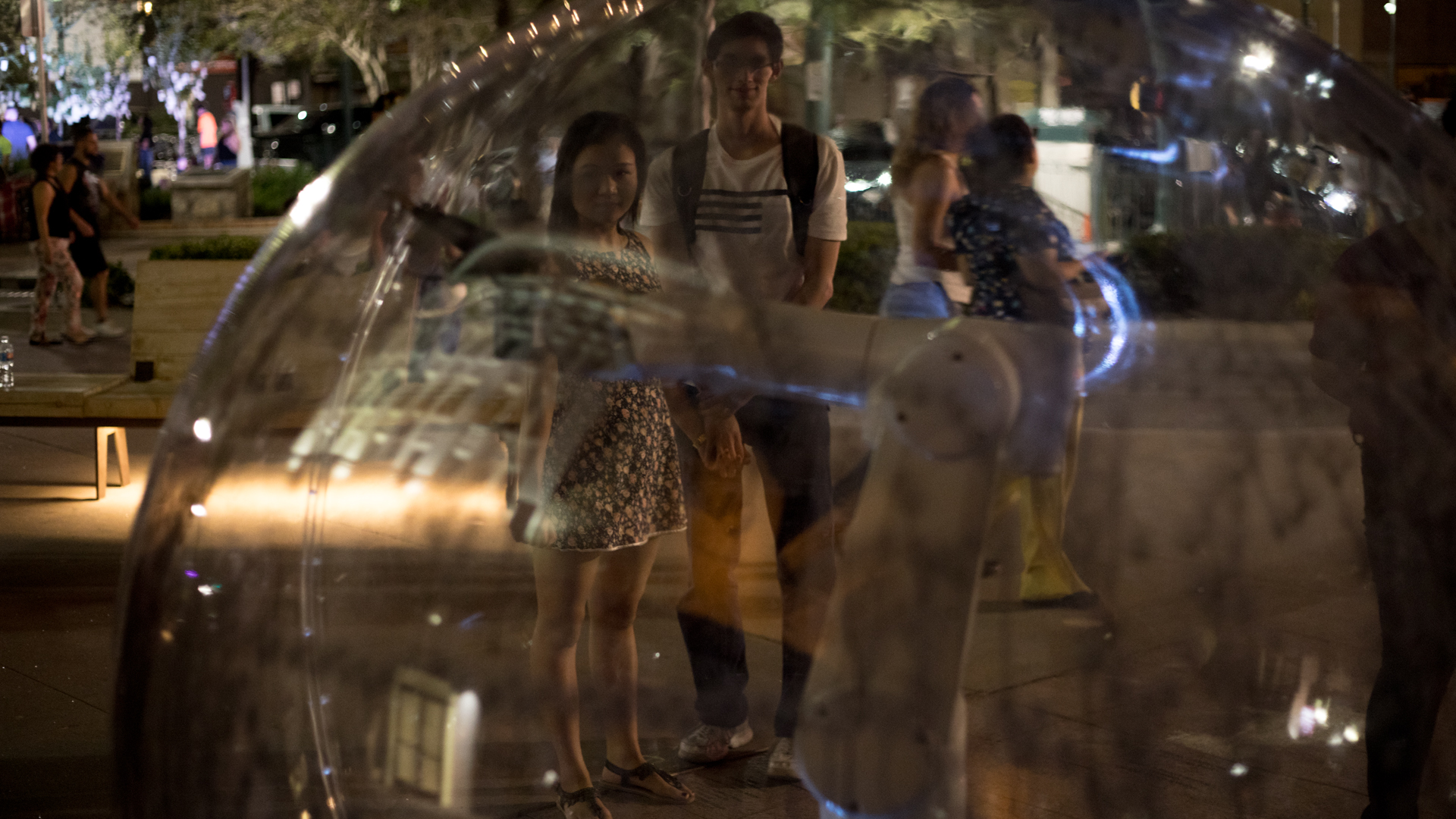 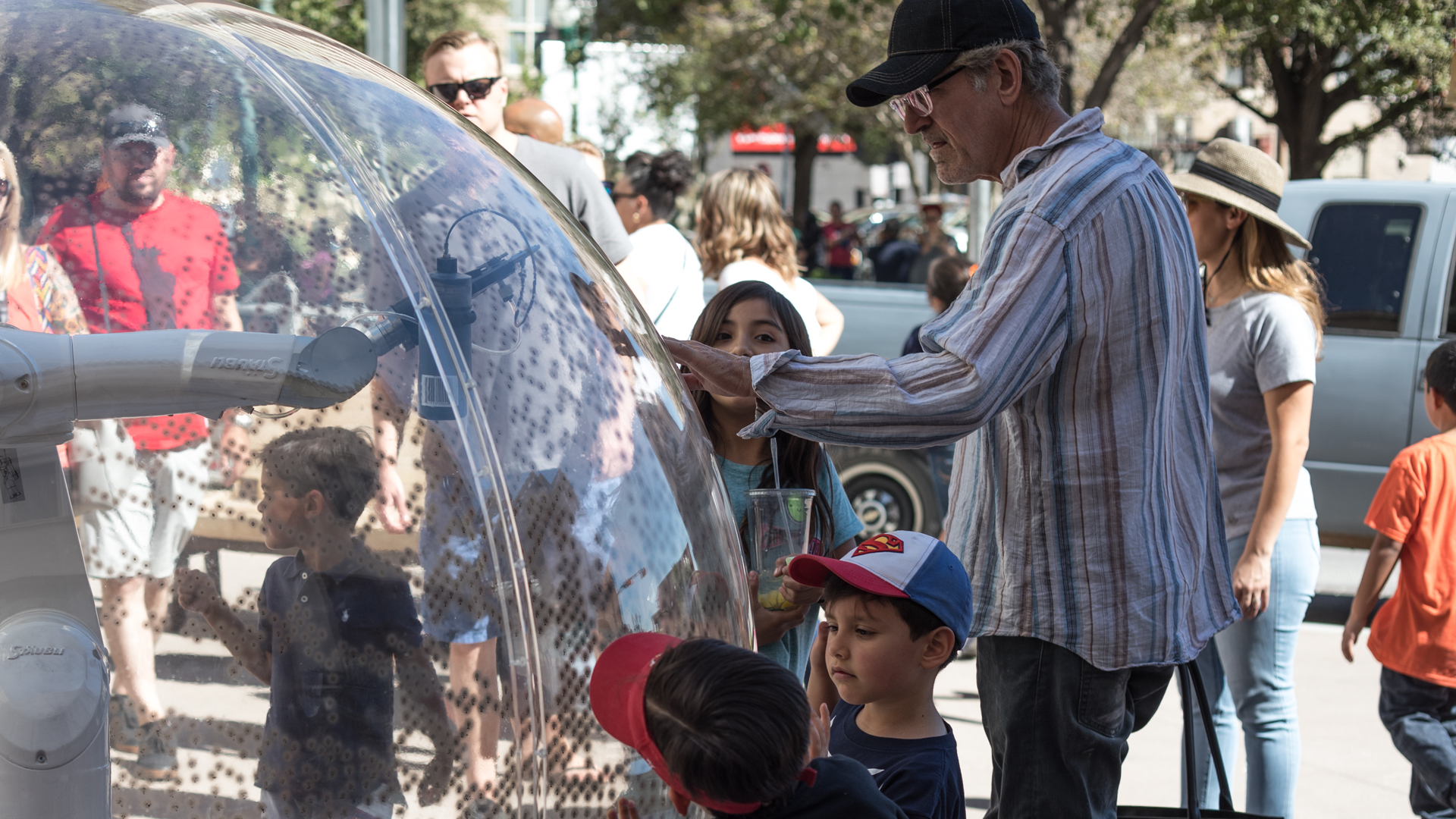 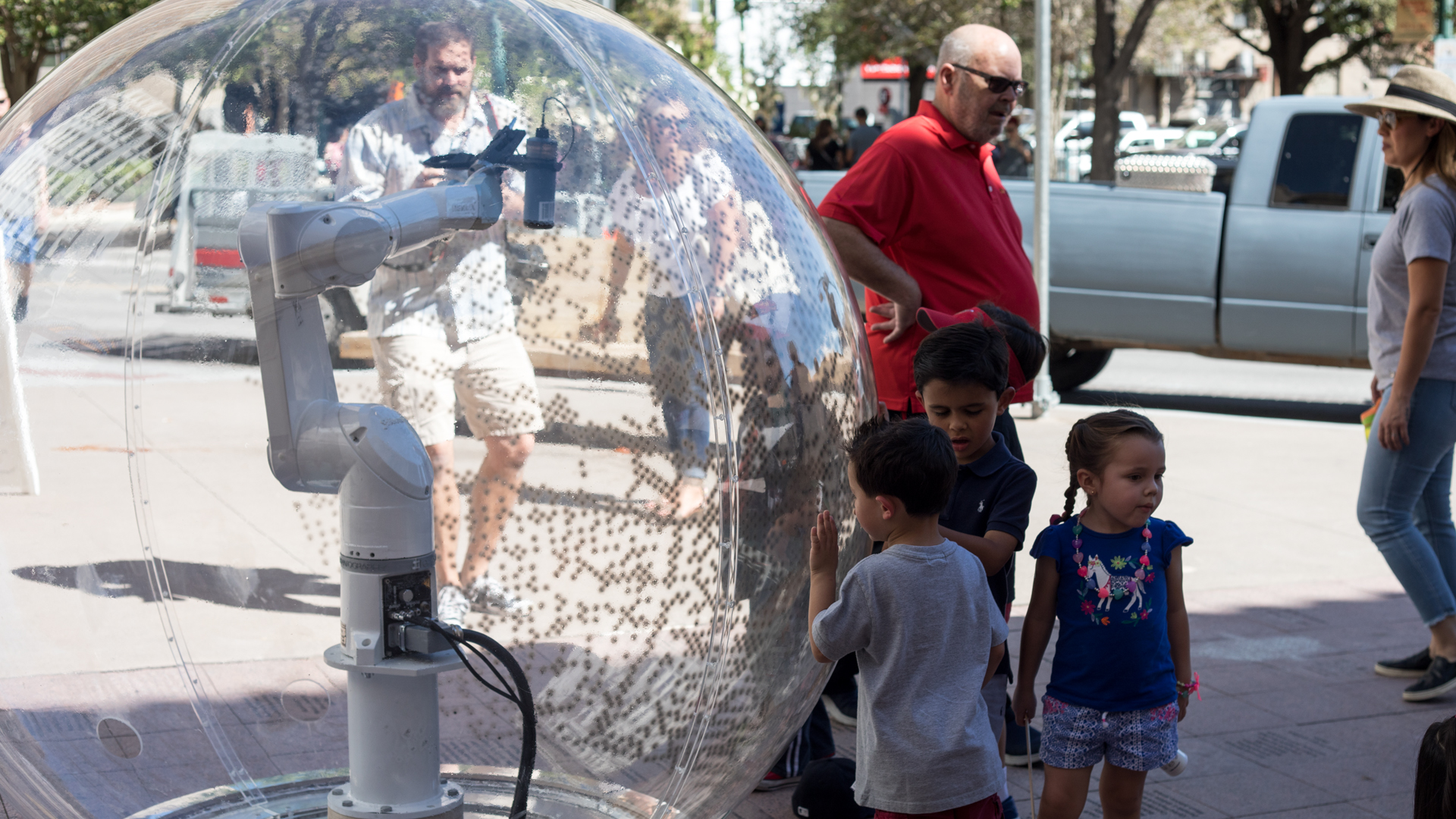 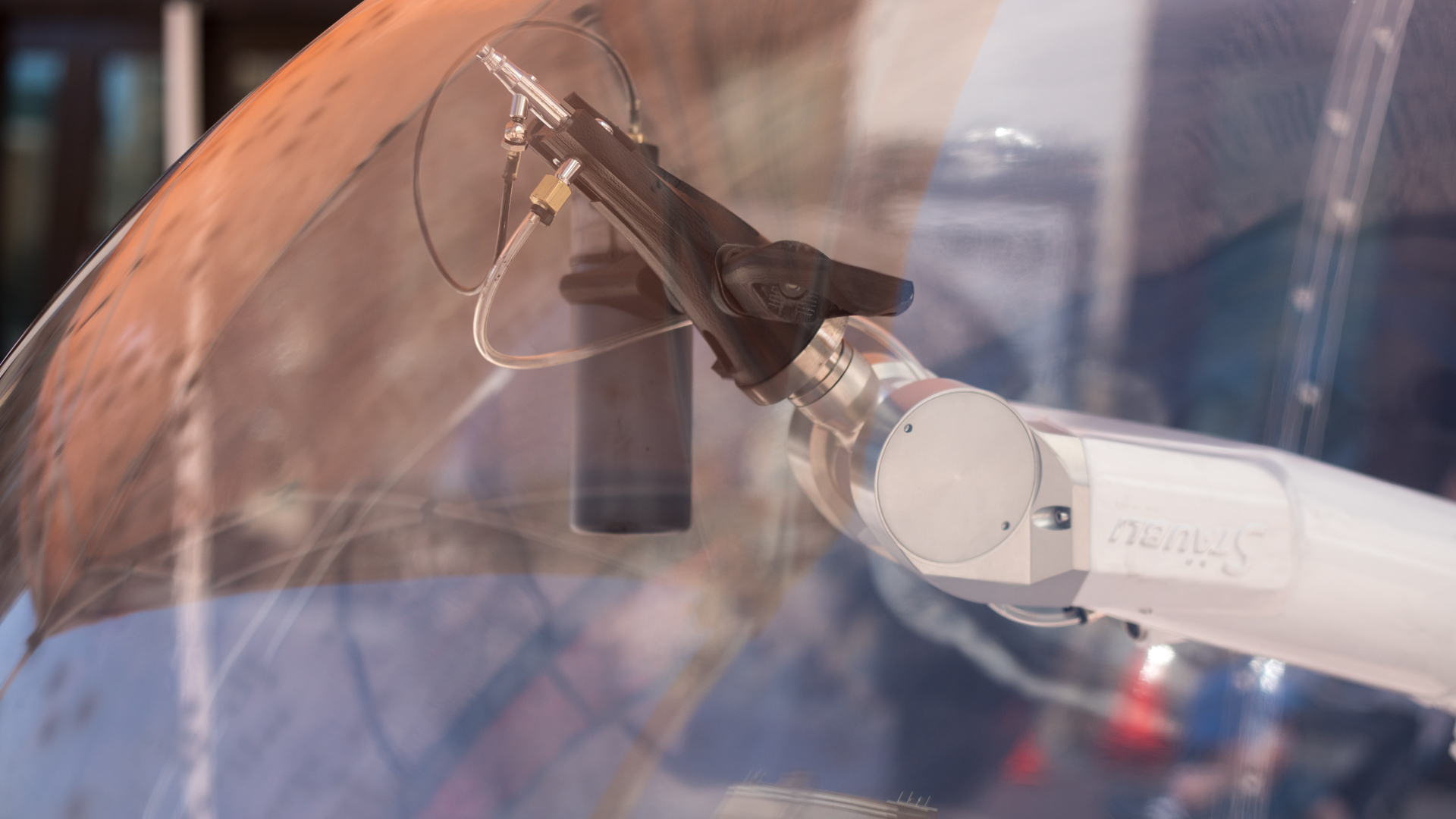 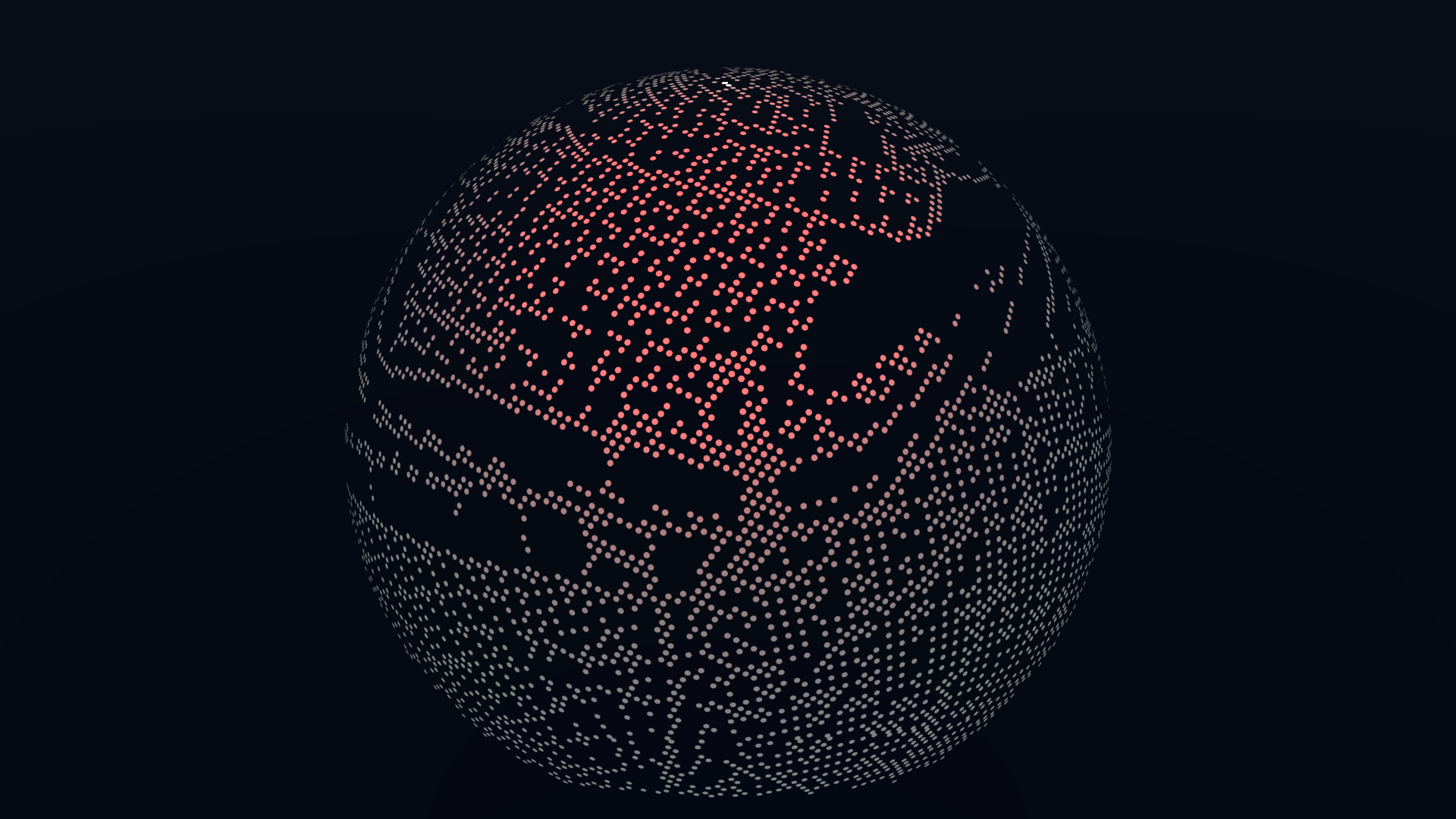 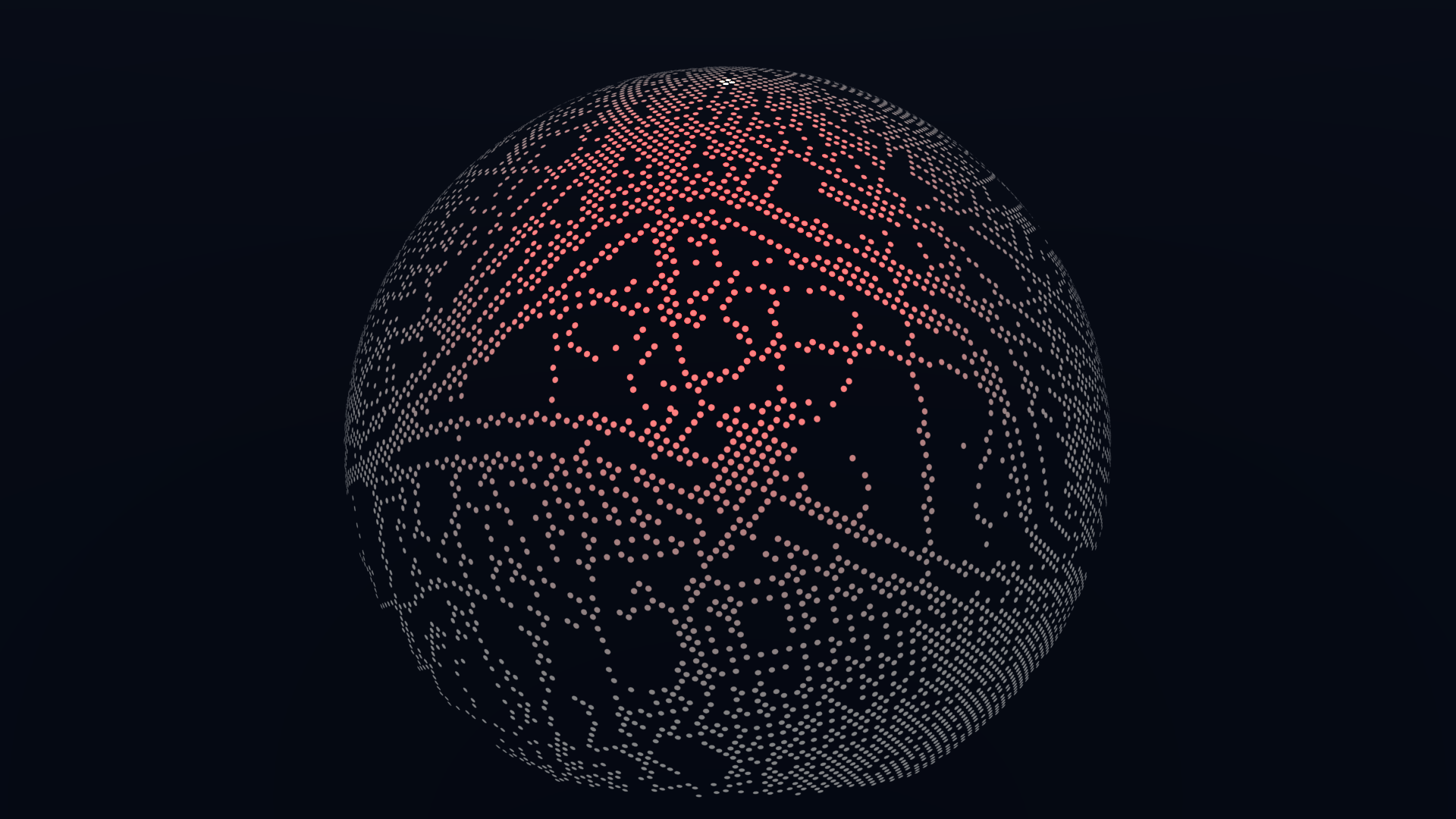 Between installation and live performance, “Spheres of Influence” employs a robotic system for layering grids of information, abstracted from the surrounding cities, on a series of human size spheres. Serving as piece of infrastructure to control and entertain the flow of users throughout day, at night the information gets projected back on the context, amplifying the cultural and urban significance of the chosen sites.

The data drawings, in Spheres of Influence El Paso contextualize specifically the condition between the city of El Paso and Ciudad Juarez at the border between Mexico and the United States. Using GIS data as material it highlights the grown urban fabric and the separation between North and South, two culturally and historically deeply connected places. Same as the massive artificial infrastructure regulating the flow of life between the two cities, the installation itself serves as a piece of technology occupying a piece of public space to control and entertain the flow of users during the festival.

The work which has the character of a performance serves as a platform inspiring conversation with users about the implications of technological penetration and layering into public space.