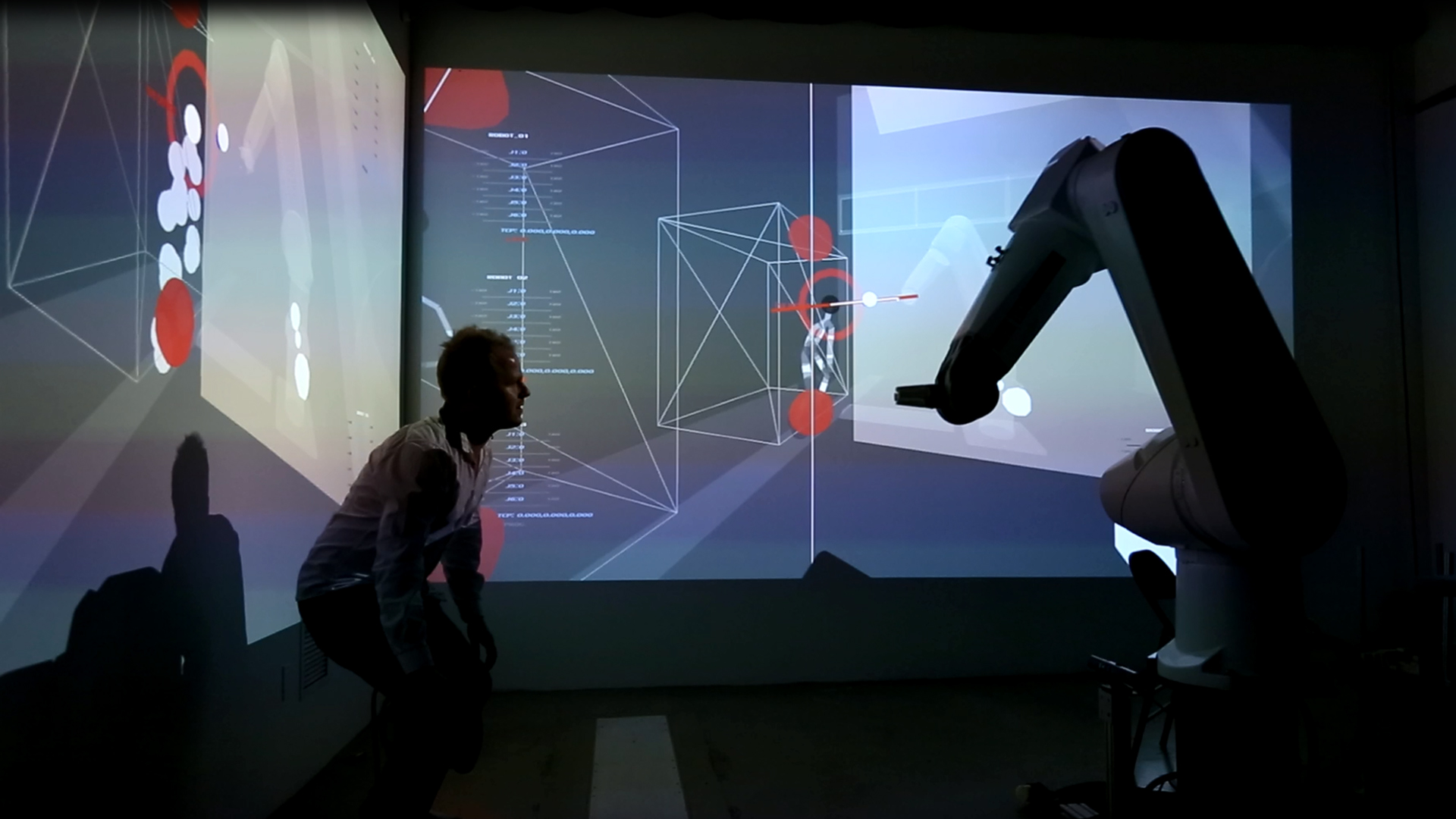 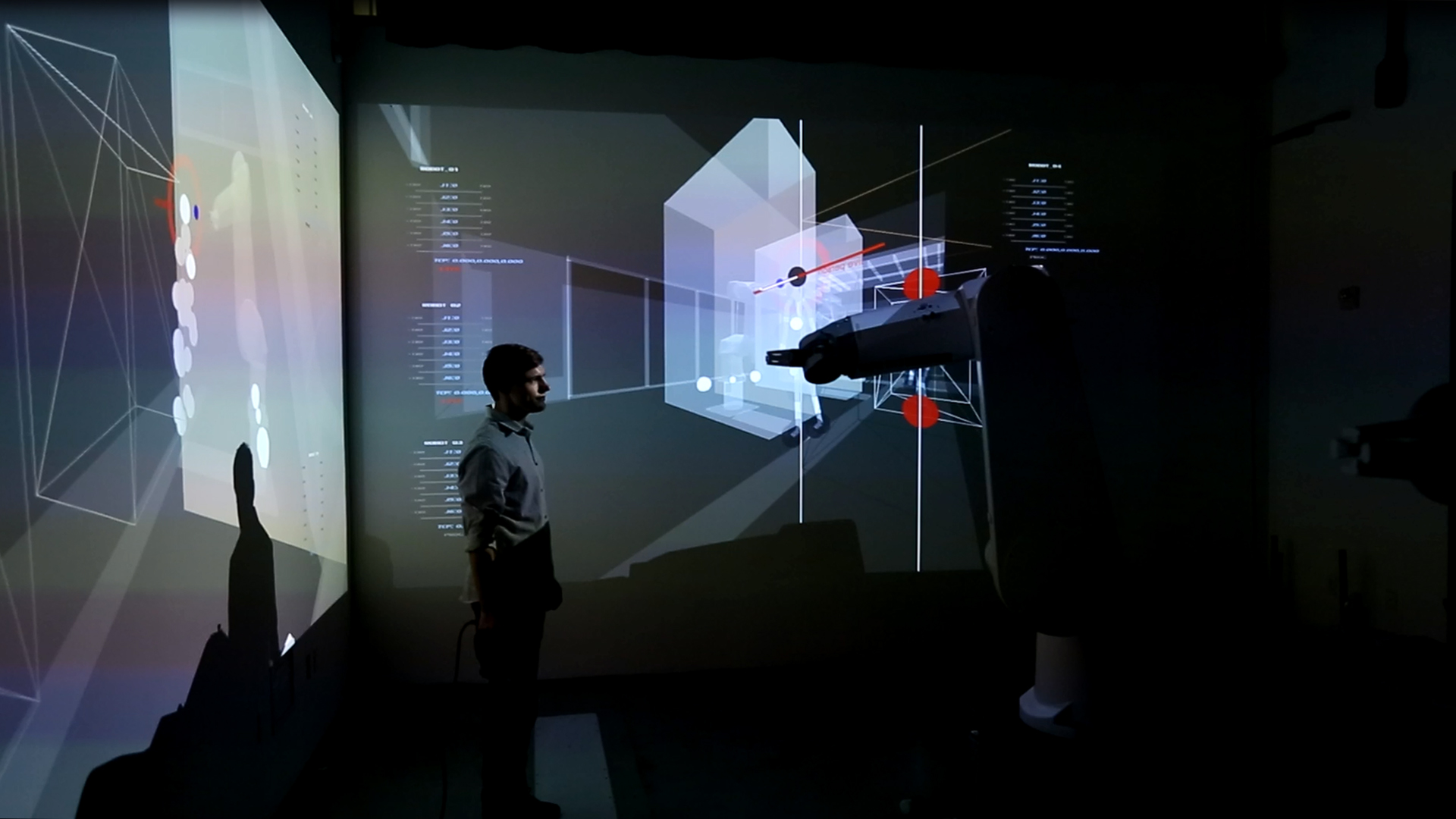 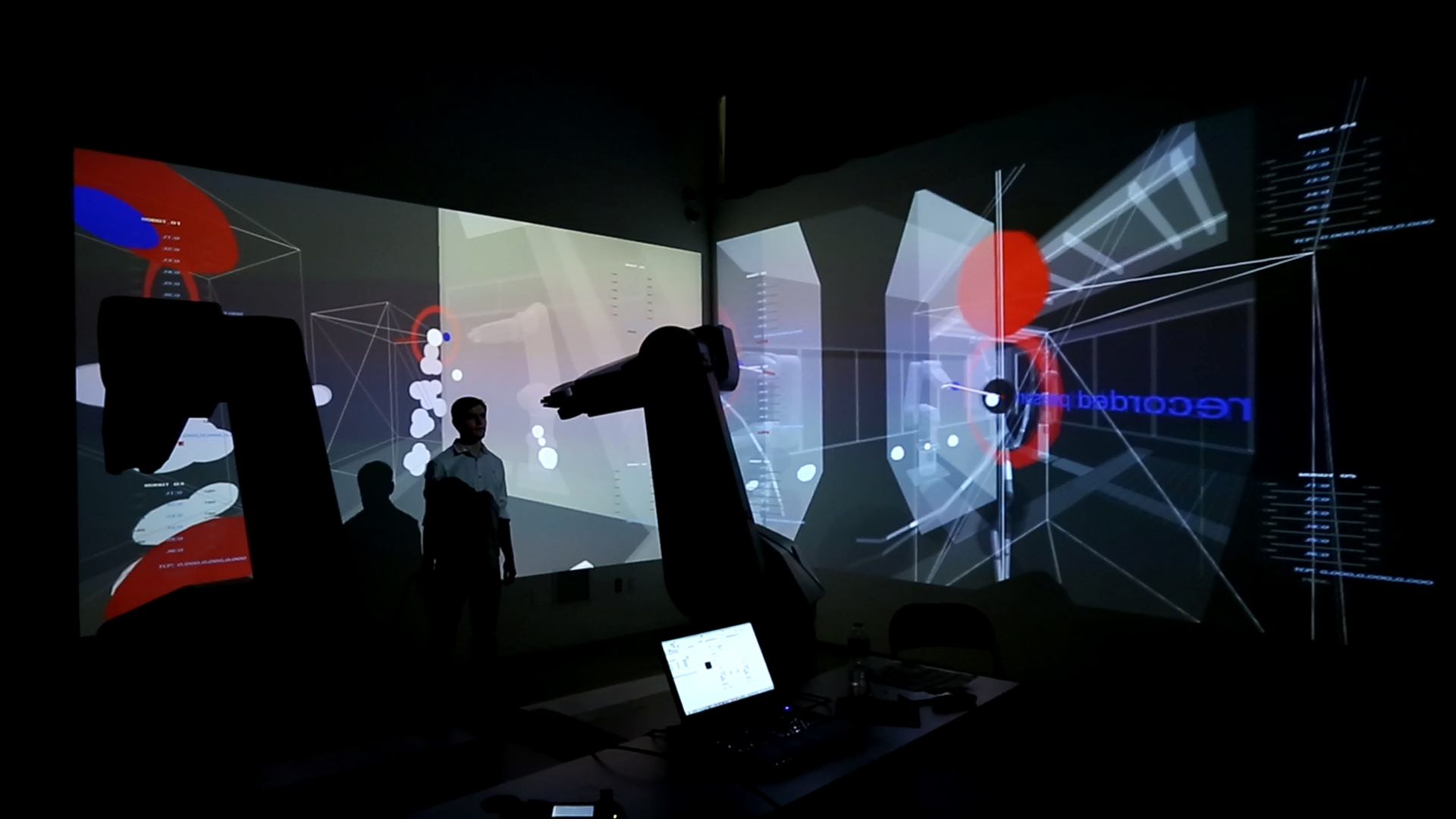 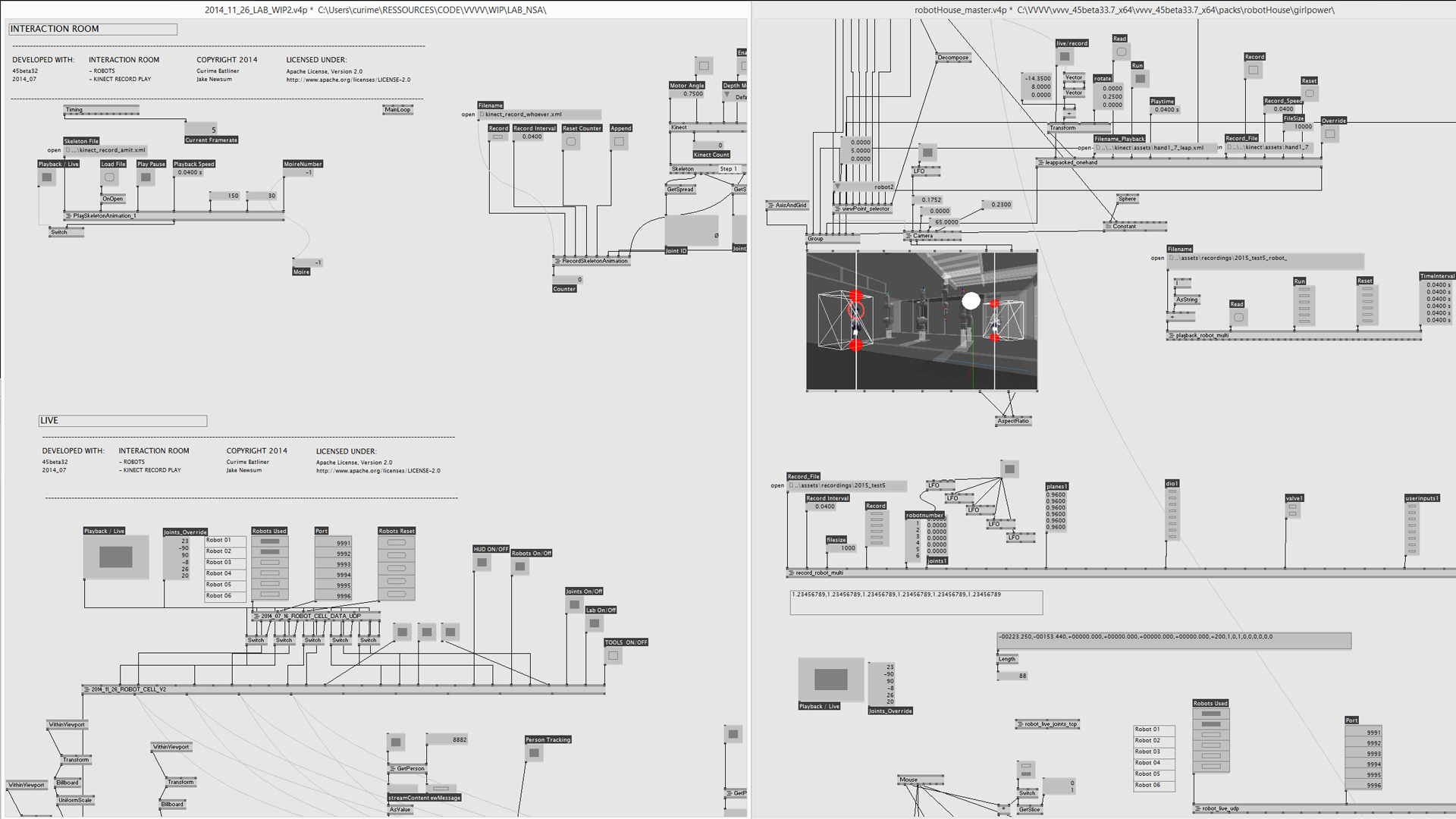 InteractR is an exploration space, an interface that wants to amalgamate the concepts of digital space and physical space. The project is developed by researchers and artists Curime Batliner and Jake Newsum at the Southern California Institute of Architecture. Using sensing equipment, machine vision, projection mapping and multiple industrial robots, all linked trough custom software, here the synthetic barrier between computer, machine and human is removed. While the technical platform can be used as spatial interface for real-time control of industrial robots the outlook of this project is to model artistically intuitive and meaningful interactions between humans and robots for creative applications.

InteractR : 2014-2017
Software: The graphical interface, the robotic control model and all the interfacing with the sensors are built in vvvv. The industrial robots from Staubli are controlled by a realtime application “live“ written in val3.
Hardware: The current experiments use simultaneously two industrial robots Staubli RX160